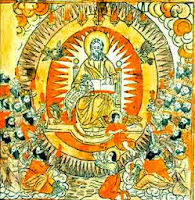 "Throne vision is a mode of vision as wonder that attunes every faculty to revelation of glory through the creative imagination.

"This should on no account be confused with fantasy, since creative imagination is a mode of uncreated creativity. Uncreated imaginal creativity is the inspiration behind all the liturgical arts, including sacred chant and iconography.... 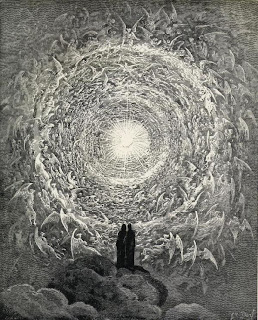 A thought worth pursuing from the discussion of kenosis. What is it to be a person? For the theologians, the term is theological not psychological, and indeed derives from the theological controversies surrounding the definition of the Trinity and the meaning of the Incarnation in the early councils culminating in Chalcedon. A person, theologically, is simply a relation of origin – so that the Father is unoriginate, the Son is begotten by the Father, and the Holy Spirit proceeds from the Father and Son (if you accept the filioque).

The relationships are reciprocal and circular, so that the Son and the Spirit "return to" the Father also. A relationship has two poles. But this is all. In every other respect the Persons are simply the divine Essence, from which they do not differ and from which they cannot be separated. They do not divide it nor do they multiply it. They differ only with respect to each other.

This is the clue to the answer about human persons too. We are individuals, each with our own share in human nature, but we are called to become persons in a theological sense. We are called to be "hypostatized"; that is, to become persons – relations of origin. There is no particle in us that is not called to be "from" and "to" others. To become a person is to be poured out, to be given, and so to become relation by being poured out and given. Everything that is in us must be given, nothing held back, if we are to become entirely person. (This is the opposite of becoming a personality in the sense of a "celebrity", a focus of attention that requires to be constantly fed by the attention and admiration of others.)

Causality, too, can be understood in terms of kenosis or self-gift. It is simply a form of self-sharing, self-diffusion of the Good. It is the same act we call love, and Trinity, and Being, from another point of view. Completely fulfilled within itself as Trinity, it also "overflows" into creation by a perfectly free choice that creates not only the thing, but the possibility of the thing, which is therefore entirely from nothing, ex nihilo, in the deepest sense. (See Radiance of Being.)

In the beginning (Arche = Principle) when God created light, it was first of all the spiritual light, an imitation of Uncreated Light, that he made. This diffuses itself instantly and is everywhere present without casting any shadows. It is the form of things or the source of their form. The second light only arrives when God separates the light from the darkness. The first light is the light of angelic consciousness, the light the angels transmit between them, that is their life. It is this light that is the dawn of God's glory, the beginning of the eternal Day of creation.
Posted by Stratford Caldecott at 11:37 No comments: 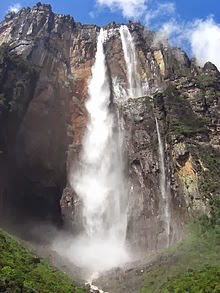 The following passage from the Bible contains the key to the doctrine of kenosis or self-giving. “Have this mind among yourselves, which was also in Christ Jesus, who, though he subsisted in the form of God, did not count equality with God a thing to be grasped, but emptied himself, by taking the form of a servant, being born in the likeness of men. And being found in human form, he humbled himself by becoming obedient to the point of death, even death on a cross” (Philippians 2:5-8). The self-giving of Christ is traced back to the Trinity, via analogy, to the relationship of Father and Son. This act of self-revelation is the very Essence of God (it even means that creation becomes an act of love within the Unknowable God Himself). We may recall it during the most profound moment of the Mass, the consecration of the wine and offering of the blood of Christ.

Hans Urs von Balthasar's theology was very largely a reflection on this dynamic, and he was always coming at it from different angles, the truth being

Read more »
Posted by Stratford Caldecott at 07:14 No comments:

2. Wisdom and the Senses

The Bible contains a section of "Wisdom" literature, in which the figure of Wisdom (a feminine word rendered into Greek as Sophia and Latin as Sapientia) emerges as a kind of image and confirmation of God's infinite Beauty. More than an allegorical figure, I think, since she has appeared "in person" to visionaries such as Vladimir Solovyev, Sophia is one of the topics of The Radiance of Being, and here I want to add some notes and further thoughts to accompany the book.

Wisdom is not to be identified with – though she is closely associated with – the Logos, the Son of God, or the Holy Spirit. The Bible tells us she was created, but created before all else, and a participant in the creation of the world as a whole. "The Lord himself created Wisdom in the Holy Spirit; he saw her and apportioned her, he poured her out upon all his works. She dwells with all flesh according to his gift, and he supplied her to those who love him" (Sirach 1:9-10). "I came forth from the mouth of the Most High, the first-born before all creatures. I ordained that an unfailing light should arise in the heavens, and I covered the earth like a mist. I dwelt in high places, and my throne was a pillar of cloud" (Sirach 24:3-4).

Read more »
Posted by Stratford Caldecott at 06:47 No comments:

1. The beauty of God 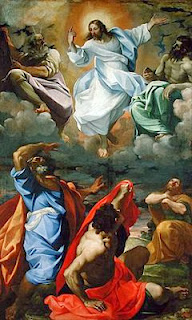 How can an invisible entity be beautiful? There is much we would call beautiful in the world (along with the ugly), but at least we can see it. And yet people speak of "seeing God," one day. Will he then become visible? Can we in this life only "take it on trust" that he must be beautiful, and hope to have it confirmed in the distant, unimaginable future? And yet from time to time we hear of contemplatives who gaze in wonder at the beauty of God that has been revealed to them in this life, or on the Cross, or in the Eucharist.

If God (being infinite), were visible, someone once said, we would see nothing else. His "withdrawal" is what makes the world possible. Nevertheless, there are ways we can say we do see him and his beauty. We see him spiritually and intellectually, for example – we know that he is the only possible source of all beauty, which is in some way modelled on him or expresses him, and so we can contemplate "him" in the

Read more »
Posted by Stratford Caldecott at 13:42 No comments: