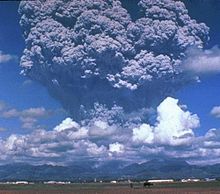 Paul Claudel, the French mystical poet, writes of the need for justice throughout nature, in a surprising way that illuminates the meaning of the cosmic ecological order:


"It is necessary that the scales be equally balanced between heaven and earth, and that one should return to the other as much as it has received. It is this hunger for justice and confession which grips the bowels of the earth and expresses itself in eruptions and convulsions, those cramps and colics of nature which are represented by mountainous masses. Nothing in nature was made to rest content in itself. There is no living substance which does not struggle to break out of its mould. 'I have declared thy justice in a great church... I have not hid thy justice within my heart' (Ps 39:10-11)."

(The emphasis is mine.) The reference to "not resting content in itself" suggests that the impulse to justice is more than an aspiration for equality and balance: it is ultimately a yearning for union with God, which the creation can only attain through Christ.

The quotation is taken from I Believe in God (section on Judgment, 3).

Posted by Stratford Caldecott at 18:01 No comments:

A Church imperfect but valid 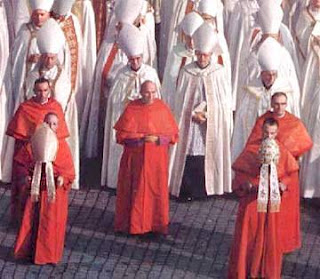 If the Church is full of the Holy Spirit, if it represents the very presence of Christ in our midst, why is it so shabby and awful so much of the time? The Church is not the kingdom of heaven. The Church is a process leading to the kingdom. It is a place – a community, a structure, evolving in time – in which each new generation of human beings are offered a great gift, and most of them squander it. Still, there are enough saints to keep the Church alive, and the sacraments remain valid even in the hands of unworthy ministers.


You can see the imperfections of the Church in the earliest times of all – reflected in the letters of Christ to the seven churches as set down in the Book of Revelation. This was the apostolic age, within a century of the death and resurrection of Christ, and yet the squabbling that had been evident even among his disciples while he was on earth is very evident.

There has been a lot of controversy recently about the alleged “mistakes” of the Second Vatican Council. Traditionalists claim that the Council of the 1960s was infected with Modernism, not only distorting the Catholic liturgy through its reforms, but even contradicting the infallible teachings of earlier popes by accepting religious freedom and democracy. I don’t want to enter into the details of that controversy here. We know that we can trust the basic teachings of the Church and rely on her sacraments, because the Holy Spirit lives in her. (This assurance is given by Christ, for example at Matthew 16:18 and John 16:13.) We know that she sometimes takes decades, or centuries, to get things right. In the meantime we have to pray, trust, and use our wits. To undermine our confidence in the presence of the Holy Spirit in the Church, as the traditionalists do, seems to me the work of the devil. Newman was right: doctrines develop, circumstances change, and our understanding evolves. New aspects and applications of the truth reveal themselves.

Vatican II is by no means the first Council after which some Catholics have concluded that the Tradition has been betrayed, nor will it be the last. There are often good reasons, good excuses, for thinking in this way. After the First Vatican Council it was the “Old Catholics” who broke away. The Orthodox believe that the Latin Church went off the rails more than a thousand years ago, and will trust only the first seven Councils. But right at the dawn of the Church, a similar principle was at work among the Jews who refused to accept Christ. And personally I think God respects this kind of loyalty, allowing some of his grace to continue to flow through bodies that have separated themselves from the main stem of the Church out of love for the Tradition they had grown up with.

And yet the fullness of life and truth and grace remains with Peter and his successors, and those who maintain the communion of the Church. We see that fullness revealed from time to time in the saints who continue to appear in the Church of Vatican II – saints like Mother Teresa, and Padre Pio, and many others, whose loyalty remained unbroken despite the turbulence of those years.
Posted by Stratford Caldecott at 14:49 1 comment:

Holding the world together

"I wonder if there are twenty men alive in the world now, who see things as they really are. That would mean that there were twenty men who were free, who were not dominated or even influenced by any attachment to any created thing or to their own selves or to any gift of God, even to the highest, the most supernaturally pure of His graces. I don't believe that there are twenty such men alive in the world. But there must be one or two. They are the ones who are holding everything together and keeping the universe from falling apart." – Thomas Merton (Seeds of Contemplation, 1949, p. 124)

Illustration: Procopius the Blessed Prays for the Unknown Travelers (1914), by Nicholas Roerich. On this artist see also here.
Posted by Stratford Caldecott at 09:22 1 comment:

A beautiful new book by Fr Tom Norris, Mary in the Mystery: The Woman in Whom Divinity and Humanity Rhyme (New City Press), is recommended by Fr Paul McPartlan at CUA. Leonie and I have written an Afterword and Foreword respectively. In the Foreword I write: “In poetry, the word rhyme refers to an echo or resemblance between two or more lines of the poem, particularly in the end of the lines – some way in which they sound alike whilst being different. The two natures of Christ, divine and human, are of course radically different. But in the Hypostatic Union the two natures converge on the same ‘end,’ the same ‘Word.’ This is divine poetry. The divine nature comes from heaven, and the human nature comes from Mary, like two kinds of music one above the other; they are ‘united without commingling,’ merging in one sound, one voice, one Gospel, one revelation.” The book is "an exercise in poetic theology, leading us into the mystery of Christ by exploring the wonderful harmony established in and through Mary between the divine and the human."

Please also see this wonderful new booklet on Mary in the Liturgy by David Fagerberg (University of Notre Dame).
Posted by Stratford Caldecott at 10:58 2 comments:

The Pope's homily at the Easter Vigil on 7 April 2012 was about fire and light. As a great mystagogical teacher, Pope Benedict was not about to repeat platitudes. There was nothing trite about his exposition in this, surely one of the most striking homilies of his pontificate. "Whoever is close to me is close to the fire," said Jesus, according to Origen. The light of Christ is not a cold light but a warm one, the light of love, only harmful to those who reject it and do not welcome it into their own hearts. Fire is "the force of transformation", the Pope reminds us. For good reason it is associated with baptism, which the ancients called photismos, "illumination". The newly-baptized enter into a new day, a day of "indestructible life", which they see with the eyes of faith opened in them by the grace of God.

The Easter vigil begins at night with a bonfire, with the sanctification of the fire in the name of the God who through his Son "bestowed on the faithful the fire of [his] glory," and with one great candle lit from the same fire to represent Christ, the Light of the World. This is incised with symbols for the beginning, middle, and end of the cosmos, and "wounded" in the shape of a  cross by five grains of incense, before being carried in procession back into the church to stand at the altar throughout the Easter season.

The candle's light represents the beginning of the world, made out of nothing, to which the faithful bear witness. "Let there be light." The Prologue of John's Gospel takes up the tale of creation from Genesis. In Christ the world was made; and now in Christ it is made new. But why, in Genesis, are the sun and moon made later than the light? Of course, today we know that electromagnetic radiation (including light) was born billions of years before the sun and moon, but Genesis is not a scientific treatise, and the author was getting at another kind of truth. The Pope explains that by relegating them to the fourth day, the "divine" character of the heavenly bodies was removed and all things subordinated to the true light "through which God’s glory is reflected in the essence of the created being". Light is the revelation of truth, of goodness – the glory of God.

Illustrations from www.paschalmystery.org, and William Blake.
Posted by Stratford Caldecott at 15:45 No comments:

A turning point in the history of the universe, when in these three days – Friday, Saturday, Sunday – an innocent victim, more faultless than any who have ever lived, accepts the punishment due for all our sins, which is death. It becomes for him a road to the hearts of those who have justly died, and those who will die yet, and for all of them a road to the Father. "Behold the Victor who steps forth to do battle; see him standing erect on the threshold, the redresser of the universe, the restorer of justice... Here I am! Who could go forth in my place, when it is the very axis of the world that needs righting?" (Paul Claudel)
Posted by Stratford Caldecott at 22:41 No comments: